Home In the News Tensions Over International Students

Professor at Maryland who allegedly accused all Chinese students of cheating resigns, the latest in a series of incidents involving tensions between faculty and international students. 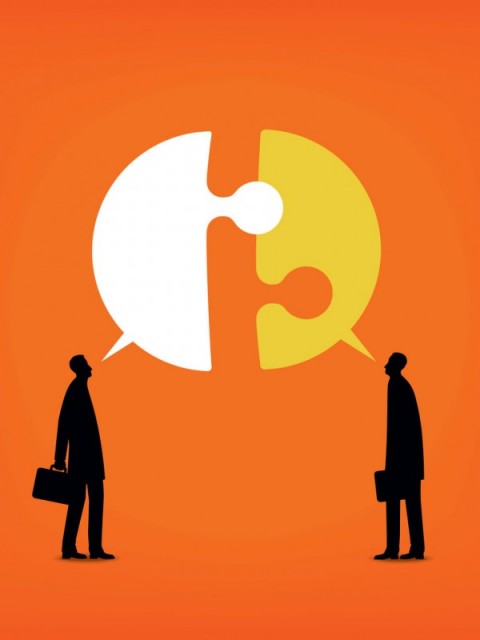 A series of recent reported incidents have raised the specter of tensions between faculty members and the international students they teach.

The most recent such incident involved the resignation of a professor from the University of Maryland College Park — first reported by WAMU 88.5 — after the professor, David Weber accused a group of students from China of cheating and was accused in turn of discriminating against students based on their race and national origin.

Samantha Wu, who is from China, was taking a forensic auditing class in Maryland’s business school last fall. The class had two sections, one taught by Weber and one, in which she was enrolled, taught by David Hilton. Wu reported that on Nov. 7 Weber came into another class she was taking, a business ethics class taught by Jeffrey Milton, with a list of names of students he believed cheated on the final exam in the forensic accounting class.

In a complaint submitted to the Office of Civil Rights and Sexual Misconduct, Wu and others said Weber began yelling things to the class like, “All Chinese students cheated their way into [the] United States” and “You will all be expelled, your visas will be revoked, and you will have to go back to China.”

“This whole tirade lasted more than 30 minutes, and then he just departed the class with students full of shock,” Wu said in an interview.

“This course consisted of more than 90 percent of Chinese students.”

Wu and other complainants said this was not an isolated incident. Students reported that Weber repeatedly made comments like “you are not a U.S. citizen/American, you don’t know what I’m talking about, you don’t get me.” He also allegedly said he had expelled a Chinese student in the past to deter him or her from cheating.

Weber also allegedly posted a message to students on a learning management system — a copy of which was provided to Inside Higher Ed — that partially attributed students’ apparent lack of interest in integrity to their culture. The message said, “You appear to be more focused on your grade than on the integrity of the profession and the M.S.A. [presumably the master of science in accounting] program. While we recognize that a portion of this is cultural, the purpose for many of you in obtaining an education based on … the American accounting system is to learn how we conduct business in the United States. Generally, business is conducted in the United States in full conformity with the law, rules and appropriate conduct at all times. This is not lip service: when misconduct is detected in U.S.-based business, as we learned in class, investigations are opened into those who do not comply with the rules, and when rule breakers are caught, they are punished harshly.” The message was co-signed by Weber and Hilton.

Wu said she was among a group of students who were referred to the Office of Student Conduct and was accused of using a test bank. The charges against her were dismissed following a review of the evidence, according to a Dec. 5 memo from the student conduct office she shared with Inside Higher Ed. Of other students who were accused, she said two others had their cases dismissed, one went forward to a hearing and was vindicated, and one admitted to wrongdoing.

Meanwhile the Office of Civil Rights and Sexual Misconduct found that Weber violated Maryland’s nondiscrimination policy in relation to five of the seven incidents it investigated, including the Nov. 7 incident in Milton’s classroom (Milton referred a request for comment to the business school’s media relations office, as did the professor who taught the other section of the forensic auditing class, Hilton).

A spokeswoman for Maryland declined to comment on the OCRSM investigation, but issued the following written statement: “All students, including international students, are entitled to respect, and targeting or profiling based on nationality, ethnicity or any other protected status under United States civil rights laws, is wrong and is not tolerated. Maryland Smith is strongly committed to creating and promoting a culture that is fair, equitable and respectful to all students.”

“The employee in question has resigned his employment and is no longer teaching at the university.”

Weber did not respond to multiple messages from Inside Higher Ed seeking comment. Weber’s lawyer — as identified in the WAMU coverage — also did not respond to requests for comment. The lawyer, Brian Mahany, sent a statement to WAMU contesting the words attributed to Weber and saying that he referred to students’ nationality when making the cheating allegations because the consequences for cheating for international students — who stand to lose their visas if they are expelled — are serious. “The purpose of this discussion was to consider the seriousness of the cheating allegations, not to discriminate,” Mahany said in a written statement to WAMU.

Weber told WAMU he encountered more cheating in the graduate accounting program at Maryland — which enrolls a large Chinese student population — than in other programs in which he’d taught. “I believe that culture and upraising does play a role in cheating,” Weber said in writing to WAMU. “There is no question that there is a different rule-following and rule-breaking culture between the U.S. and China.”

“Does that mean that Chinese students are more prone to cheat? No,” Weber said to WAMU. “It isn’t proper to label an entire group of students based on nationality as being ‘cheaters.’ That isn’t fair to the many Chinese students who don’t cheat.”

Weber also told WAMU that he was trying to uphold Maryland’s academic honesty policy. “It is my fear that, despite the honor code, the school administration will not always support faculty members who report cheating, in contrast to what the policy actually says,” wrote Weber. “This is especially when the program in which cheating occurs is one of the most profitable programs for the university.”

The incident at Maryland follows on several other news reports about tensions involving faculty and international students, in particular, Chinese students. The number of students from China on U.S. campuses has more than quadrupled in the past decade, and many colleges have eagerly recruited Chinese students in part for the tuition dollars they bring.

Among the other cases, the Los Angeles Times reported in December that faculty at the University of California, Santa Barbara, were concerned about rates of cheating by Chinese students and their English proficiency levels. Faculty said they had been asking the university to improve screening of students’ English language levels and offer more remedial help and instruction in university norms, including norms relating to classroom behavior and academic integrity. One professor who spoke out said the decision to do so did not come easily, but that he was worried that failure to address the problems would inflame anti-Asian biases.

The Lawrence Journal-World reported earlier this month that an electrical engineering professor at the University of Kansas was suspended from teaching a class after he told a student using a translator on a cellphone to “learn English” and other students took offense. In this case it is not clear where this student was from and whether he or she was an international student. The professor involved, Gary Minden, declined Inside Higher Ed‘s request for comment.

Finally, a Duke University professor’s email from January admonishing Chinese students for speaking their native language in the student lounge — and advising them that failure to speak in English while in the academic building could have negative effects on their opportunities to secure internships and research opportunities with faculty — attracted widespread condemnation on the campus and beyond. The case prompted scholars who study issues relating to international students and discrimination to suggest that it should not be seen as an isolated incident and that it pointed to a need for universities to provide more support and resources for faculty who are teaching in international classrooms.

Marcelo Barros, founder of the International Advantage, a company that advises international students who seek U.S. career opportunities, said the incident at Duke and others raise a question for him.

“We talk about globalizing the campus and bringing international diversity. We talk about that as being beautiful and romantic. But such incidents tell me that we still have a long ways to go in terms of making our international students truly feel welcomed at our U.S. universities. Our words need to match our actions and behavior.”