Home In the News Should International Students Cheer or Fear the New H-1B Visa Lottery Rule? 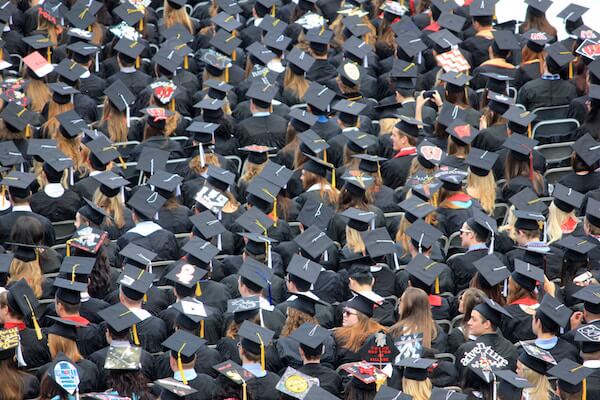 In late 2018, U.S. Citizenship and Immigration Services proposed a new rule that would change the way H-1B visas are allotted. Under the new rule, the H-1B lottery would give preferential treatment to international students with advanced degrees. To shed light on the potential impact of the rule on international students seeking to work in the U.S., Vault spoke with international student career expert Marcelo Barros. Below is an excerpt from that conversation.

Vault: Can you briefly describe how exactly the lottery will be different if this new rule is approved?

Barros: The U.S. government currently awards 85,000 H-1B visas every year, 65,000 of which are reserved for applicants with undergraduate degrees, 20,000 of which are reserved for those with master’s degrees or higher (from a U.S. school). Applicants with a master’s degree or higher first try their luck for one of 20,000 advanced degree H-1B visas. Those who don’t get lucky, then go into the pool for a chance at one of the remaining 65,000 slots.

The new proposed rule would have all applicants first compete for the 65,000 H-1B slots. After that, any advanced degree holders that didn’t get selected would then compete for the remaining 20,000 visas.

Vault: What does the USCIS aim to accomplish with this new rule?

Barros: The new rule has two main objectives. The first is to alleviate the inefficiencies stemming from the current H-1B filing process and create a more streamlined filing process for all parties involved. The second—and perhaps more interesting and controversial—is to create a different H-1B allocation process that favors applicants who possess a U.S. master’s degree or higher. The proposed reversal of the lottery is meant to increase the number of H-1B visas awarded to applicants with masters or higher degree from a U.S. institution. So, if you’re an international student getting an MBA or an MS degree, for example, your odds of receiving good news from the H-1B lottery might increase under this new rule.

Vault: If the rule favors international students with or about to receive their master’s degree, who does the rule hurt (if anyone)?

Barros: Two groups of H-1B applicants might be hurt by this new proposed rule. The first group includes international students with or receiving a U.S. undergraduate degree. If you’re part of this group, you might be upset with this proposed rule because the U.S. government is saying that an H-1B applicant with a U.S. master’s degree or higher should receive preferential treatment, from an H-1B allocation standpoint, over an international student receiving a bachelor’s degree.

The second group consists of international applicants who are overseas and might not have a U.S. college degree. For example, if Johns Hopkins hospital wants to hire a renowned neurosurgeon to work in one of their main facilities in Baltimore, it could try to secure an H-1B for this new doctor and move him or her to the U.S. But under the proposed new rule, if this neurosurgeon didn’t graduate from a U.S. university with a master’s degree or higher, he or she might get hurt come H-1B lottery time. Similarly, it might get a little harder for U.S. companies that rely on foreign IT outsourcing to secure H-1B visas for international workers without U.S. master’s degrees.

Vault: Has anyone estimated the potential impact of the new rule?

Barros: USCIS is claiming that the number of H-1B petitions allocated for applicants with a U.S. master’s degree or higher could increase by 16 percent annually. The 16 percent figure is only an estimate. But let’s go with the government’s assumption. An additional 16 percent of H-1B visas being awarded to international students with a master’s degree or higher represents an additional 5,340 H-1B visas that could be awarded to our international MBAs, for example. Is the 5,340 significant in the big scheme of things? It depends on whom you talk to. Remember that we’re still working with an annual allotment of 85,000 H-1B visas. This allotment number remains the same.

Even if one assumes that the government projections are accurate, we don’t consider this new rule to significantly change the overall landscape of H-1B allocations. Nonetheless, we’ve received a lot of e-mails from both international students we work with and from some of the employers we support, all looking for clarification regarding this new rule. Our message to both groups is essentially the same: don’t overreact. Time is definitely needed for the real impact of this new proposed rule to be correctly measured. The government estimates regarding the potential gains of H-1B master’s applicants is dependent on many variables, and the estimates could be off. Even if they’re accurate, we consider these gains to be modest and not that significant in the big scheme of things.

Vault: But if you’re an international MBA student, the odds are definitely in your favor under the new rule vs. the lottery as it is now?

Barros: Data collected by The International Advantage (my firm) currently projects the odds of master’s degree holders to receive an H-1B visa to be between 50 and 60 percent. Under the new proposed rule, the government is estimating an increase in these odds to be in the magnitude of an additional 5 percentage points. But again, these are projections, based on historical data, and they could vary from year to year. We plan on collecting specific data to validate the assumptions provided by USCIS once the rule gets implemented.

Vault: What, if anything, should international students tell employers about the proposed rule?

Barros: First of all, it’s unlikely that this new rule we are discussing will be in place for the upcoming H-1B filing season, which starts on April 1. If implemented, it is the class of 2019 that may be the first group to feel the impact of this rule. For employers that are on the fence regarding whether or not to hire an international master’s degree graduate due to visa concerns, we are recommending that, when appropriate, these students inform employers that the U.S. government aims to provide better H-1B allocation priority to international students pursuing a U.S. master’s degree or higher. Finally, international students can encourage prospective employers to get more information about this particular rule from their legal counsel. It’s important to appropriately position the benefits of this new rule for U.S. employers.

Vault: What’s the benefit of students doing that?

Barros: The idea is to ease the anxiety that most employers have regarding the risk of not being able to secure an H-1B visa for an international worker come H-1B lottery time. With this new rule, international students with U.S. master’s degrees have a unique chance to communicate to prospective employers that the Trump administration has documented plans to engineer the H-1B lottery to their advantage.

Vault: In general, how does your firm, The International Advantage, feel about the rule?

Barros: One concern we’ve had for a while has been what appears to be the arbitrary, irrational, and possibly illegal behavior USCIS has displayed in an effort to please Trump and “protect” U.S. workers. Some also worry that the proposed rule offers no evidence for the assertion that an H-1B visa applicant with, say, an MFA in creative writing from an unknown U.S. university should be given priority over an undergraduate international student getting a computer science degree from MIT.

But whether an H-1B applicant has a U.S. master’s degree or not, The International Advantage feels strongly that the overarching policy goal from USCIS should be to provide U.S. employers with access to the best international talent available. U.S. employers don’t need the government’s assistance when deciding whom they need to hire.

Vault: Is there anything else international students should be aware of with respect to this proposed rule change?

Barros: I would stress that, at a time when immigration laws are rapidly changing in the U.S., information and guidance can quickly become outdated. So, I always recommend that international students seek counsel from the right resources in order to ensure they receive the most up-to-date information—about this new USCIS rule and any other matter that might impact their employment in the U.S.